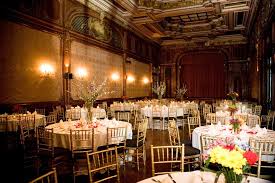 Come with us to the beautiful Engineer’s Club to celebrate 40 years of Senior Box Office! After champagne brunch we will hear from Jack Burkert from the Baltimore Museum of Industry. We’ll hear about Turn of the Century Baltimore, a story of challenges, new beginnings and better living. The 19th century had been good to Baltimore. Business was booming. The port, shipbuilding, needle trades and food processing were bigger than ever. Immigrants continued to arrive in the city. But disaster came early as the Great Baltimore Fire consumed the city center.  Rebuilding the city became the task of the decade. Women’s suffrage, slum housing, sweatshops, racial discrimination, public health and child labor were to be addressed. Despite the challenges, Baltimoreans enjoyed electrified amusement parks, attendance at vaudeville theaters, and neighborhood life. This is turn of the century Baltimore.

If you are interested in this trip, please fill out the form below and submit it to Senior Box Office.  We will send you a Travel Reservation form which you should send back to us as soon as possible, along with your check.  Thank you for your interest.